HOMOSEXUALITY – THE SIGNS THAT IT IS SIN 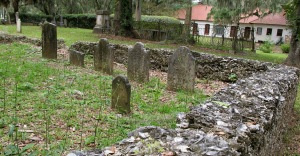 Introduction: Regardless of the conclusions of a changing and corrupt society, God’s Word is clear in making the case that homosexuality is Sin. Romans 1:24-32 gives us the Signs that it is sin. Those signs are:

#1. DEVIANCY (Vs.26)
“…changed (exchanged) the natural use for that which is against nature”.

There can be no argument that homosexuality is a deviation from the accepted heterosexual norm. Throughout human history homosexuality has never been seen as normal by any major religion or flourishing society. A godless society is evidenced by the rejection of the long held and established norms of that society. Throughout America’s history homosexuality has always been considered as abnormal and now it is seen as normal and in some segments of our society it is even seen as preferable to heterosexuality.
It is foolishness to think that after 6,000 plus years, that man is just now discovering the Truth about man’s sexuality. Be very careful in our changing times that you don’t step off of the solid rock of God’s Word on to the shifting and sinking sands of an increasingly godless society.

#3. DISEASE (Vs.27) “…receiving IN themselves that recompense of their error…”

The diseases of HIV, AIDS, have their origins in homosexuality. No husband and wife in a monogamous relationship will ever transmit a STD to one another. Why is that?; It is because it is the way God originally designed sex to be only between a man and his wife.
Homosexuality is abnormal and has its own natural and just judgment associated with it. We realized that smoking was wrong because of the diseases of the body that came from smoking, yet we refuse to make the same judgment with the sin of homosexuality.

In verses 29-31 the Lord describes the horrible fall and decline of the society that had embraced the sin of homosexuality. The near complete collapse of civility in a society will always be the result of embracing homosexuality. When a man falls that low he is in a moral free fall that will eventually destroy the ability to be or do good.

Can anyone deny that Americans are not becoming better people, but a people in decline, since embracing homosexuality. Verses 29-31 of Romans 1 is like looking in a mirror and seeing today’s America. We have ceased to be good and in return we have ceased to be great.

Each of us must look at our actions and ask ourselves; is this making me a better person, or is it making me a worse person? Homosexuality is degrading and as such, is terribly degrading our society.

“… knowing the judgment of God (God has already concluded), that they who commit such things are worthy of death…” (Romans 1:32)
“For the wages of SIN is death…” (Romans 6:23)

The deaths from disease, the decline and death of our society, the deaths at the hands of the barbarians among us, are all the end result of embracing what God has clearly condemned.

Many of us can remember when it was revealed that the movie star, Rock Hudson, was a homosexual who had contracted the AIDS Virus as a result of his lifetime of practicing the perversion of homosexuality. We watched that disease so decimate his body that he was almost unrecognizable at the time of his death. Every honest survey that has compared the life expectancy of the homosexual with the heterosexual has concluded that all of those who go into the homosexual lifestyle at a young age will most likely not live past the age of 50, a life expectancy of 20 years less than that of a heterosexual. You will rarely see an OLD homosexual. Why then would we be so hell-bent on promoting a death style to our children?

In the Bible the decimating and deadly disease of leprosy was used by the Lord Jesus as a type of sin and to describe the ultimate consequences of sin. Leprosy in Jesus day was a deadly and incurable disease that could only be overcome by a divine miracle. To be diagnosed with leprosy was to be given a sentence of death.

The Bible and history each agree that any person or society which embraces the practice and perversion of homosexuality has signed their death certificate. The early death of those who defend and practice homosexuality will be the proof that they were wrong and the veracity of the Word of God will once again be confirmed. The shame will be that it may take the death of America before our nation will once again acknowledge the veracity of God’s Word.

The time for our repentance is Today, we are not promised that the Wrath of God will not fall upon the unrepentant sinner tomorrow. It may very well be that Today is your last day in which God’s Grace will be extended. Do not sin away your day of grace. That is the message to every unrepentant sinner and to our nation as well.
~Jack Woodard

I am a Baptist Pastor. [Calling the Church to Revival and Sinners to Salvation for 39 Years]
View all posts by Jack Woodard →
This entry was posted in @#!*% ( H-e-l-l ), AMERICA, Christian Living In Todays World, Comments On Crucial Current Issues, GOD'S JUDGMENT, JUDGMENT, REVIVAL, SALVATION, SATAN, SERMONS, THE BIBLE, THE CROSS of CALVARY, THE HOMOSEXUAL MOVEMENT. Bookmark the permalink.