GOD’S WORD TO A REBELLIOUS NATION – WISE UP 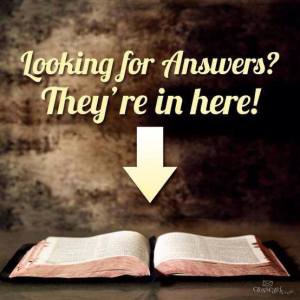 “Wisdom crieth without; she uttereth her voice in the streets:
21 She crieth in the chief place of concourse, in the openings of the gates: in the city she uttereth her words, saying,
22 How long, ye simple ones, will ye love simplicity? and the scorners delight in their scorning, and fools hate knowledge?
23 Turn you at my reproof: behold, I will pour out my spirit unto you, I will make known my words unto you.
24 Because I have called, and ye refused; I have stretched out my hand, and no man regarded;
25 But ye have set at nought all my counsel, and would none of my reproof:
26 I also will laugh at your calamity; I will mock when your fear cometh;
27 When your fear cometh as desolation, and your destruction cometh as a whirlwind; when distress and anguish cometh upon you.
28 Then shall they call upon me, but I will not answer; they shall seek me early, but they shall not find me:
29 For that they hated knowledge, and did not choose the fear of the Lord:
30 They would none of my counsel: they despised all my reproof.
31 Therefore shall they eat of the fruit of their own way, and be filled with their own devices.
32 For the turning away of the simple shall slay them, and the prosperity of fools shall destroy them.
33 But whoso hearkeneth unto me shall dwell safely, and shall be quiet from fear of evil”.

In these verses God pleas with His rebellious creation to yield themselves to His Lordship and find and follow His wisdom throughout their lives. That is the wisest decision that a man will make.
In His plea the Lord wants us to understand, as His creation we have an obligation to allow Him to rule our lives, He has the right to demand absolute rule of those He created. A rebellious society will not have this man to rule over them.

His desire to be our Lord is not so He can be a dictator, but so His guidance can assure us of a full and abundant life, helping us to avoid the trials and temptations in life which will eventually destroy our lives. Satan is real and he comes to steal, kill and destroy our lives. We have an adversary in Satan, but we can have a Savior and friend in Jesus if we surrender to Him, but if we refuse then He will become our enemy and our greatest threat.

We also see that the Lord will not allow His creatures to get away with thumbing their noses at Him all their lives. The creator is a jealous God, a God that is offended, a God who is angered, a God who will eventually repay a man to his face for the disrespect and defiance he has showed towards Him.
God calls a rebellious people to Wisdom. Let’s look at the Wisdom to which God calls us to.

A. The Places Where Wisdom Cries

i. In the everyday challenges and complexities of life. (vs, 20,21)

(In the streets, in the chief place of concourse, in the opening of the gates, and in the city.)

i. The simple ones –

The naive and gullible, who believes anything, never thinking for themselves. (Proverbs 14:15)

ii. The scorning ones –

The know it alls, who laughs at the Word of God, mocks it as foolishness. (Proverbs 21:24)

iii. The foolish ones –

Rebellious and hardened toward God and His Word. They have a bitter hatred toward the Word of God that condemns the life they have given themselves over to.

A. Jesus Gives Himself Fully To Us – “I will pour out My Spirit unto you…”

B. Jesus Gives His Wisdom Fully To Us – “I will make known My Words unto you.”

The Lord cautions us that there will be severe consequences for all who would reject his wisdom. God will not be mocked, we will reap exactly what we sow. We will reap even more than we sow (vs.31). The worse we are to the Lord, the worse the Lord will be to us. If we attempt to banish Him from our lives, He will be the one who will banish us from Himself and the life He had prepared for us.

The Lord will become our foe instead of being our friend. Our nation has foolishly attempted to evict the Lord from our nation, an impossible feat. All that our rebellion has really accomplished is to anger the Lord and to turn Him from being our greatest friend to our greatest foe. He is now our greatest threat! We see that in the following realities.

A. Outward Calamities – like the aftermath of a tornado or hurricane. (Vs. 27)

It is no coincidence that this godless and rebellious generation is experiencing one calamity and natural disaster after another!

Our nation is full of people today whose hearts are filled with fears and anxieties. Everyone seems to be popping pills for every sort, in hopes of finding peace of mind.

C Downward Corruption – “shall slay them; shall destroy them…” (vs. 32)

Psalms 9: 16,17 tells us : “The Lord is known by the judgment which he executeth: the wicked is snared in the work of his own hands. Higgaion. Selah
The wicked shall be turned into hell, and all the nations that forget God”.

Those who would take the call of wisdom lightly, or dare mock of it should listen carefully to these verses.

“The Lord is known by the judgment which He executeth”. The Lord has a track record, if you want to know what the Lord will do to certain people today, look what He did to the same people yesterday. He is a God who is known for judging the rebellious and godless. Look at Sodom and Gomorrah, look at Noah’s generation, look at His judgment upon King David, whom God called; a man after my own heart. Look at the nation of Israel, the very people who He called; the apple of his eye, yet when they rebelled against His Lordship the Lord judged them almost unmercifully. If God is to be consistent with His nature and those He has judged in the past, He must also execute judgment upon this evil generation as well.

God has also raised up nations and blessed them, only to destroy them when they prospered and no longer saw their need of Him. Jesus is the same yesterday, the same today, and the same tomorrow. It doesn’t take a prophet to see where this rebellious nation is headed.

Proverbs 19:23 tells us: “The fear of the Lord tendeth to life: and he that hath it shall abide satisfied; he shall not be visited with evil”.

Let me plea with you who have been your own god, never seeing the need of Jesus. There is coming a day when you will need Him. You will need Him as your Lord and Savior at the time of your death. You will need Him on the day of judgment, that is as certain as the rain falls downward, but there is a real danger of Sinning Away Your Day of Grace. There is a real danger that if you continue in your rebellion that the Lord will give up on you and when you eventually cry out to Him, He will not listen, He will not answer. That is a real possibility, or the Lord would not have warned you about it in these verses.

The Word of God tells you that you have sinned and come short of the glory of god. It says; the wages of sin is death, but it also tells us that Jesus died and shed His innocent blood to pay for your sins, was buried and rose again, ascended back to heaven and from there is speaking to you today through this simple message. That may sound foolish to you and may even offend you, but if you would be wise, you would believe it and act upon it this very hour.

The Word of God says, that today is the day of salvation, today He will hear your faintest cry. It says to call upon Him while He is near. It says; Today if you hear His voice harden not your hearts. Today is all the grace you are promised, tomorrow may be eternally too late.

I am a Baptist Pastor. [Calling the Church to Revival and Sinners to Salvation for 39 Years]
View all posts by Jack Woodard →
This entry was posted in @#!*% ( H-e-l-l ), AMERICA, Christian Living In Todays World, Comments On Crucial Current Issues, FAITH, FAITHFULNESS, GOD'S JUDGMENT, ISRAEL, JESUS, JUDGMENT, REVIVAL, SALVATION, SATAN, SERMONS, SIN, THE BIBLE, THE CHURCH, THE CROSS of CALVARY, THE TRIBULATION PERIOD, TRIALS and STORMS. Bookmark the permalink.