ISLAM, A RELIGION OF PEACE & TOLERANCE? 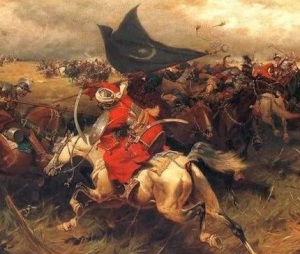 ISLAM, A RELIGION OF PEACE & TOLERANCE?

There are two facts about Islam that we must be aware of, first of all, the only time Islam and its followers are a Religion of Peace is when the people around and among them are in total submission to the Koran, or when they are living within a nation where they are a minority and are forced to submit to the laws of the land in which they are living. We see then that it is ONLY a religion of peace when they dominate or are dominated. We must be clear eyed about this if we are to remain free.
Secondly, what about Muslim Nations that are not spreading terrorism, are they not moderates and represent true Islam? It is a known fact that even in a Muslim Nation that doesn’t actively embrace terrorism and the spreading of Islam by force, that when one denounces Islam or converts to Christianity they are met with brutality and intolerance. They are condemned as an apostate and persecuted, imprisoned, and even executed in order to defend Islam. These nations allow for no freedom of religion, no freedom of speech, no freedom of dissent, the very foundations of our American society.

As far as the rest of the world is concerned, the only difference between the so-called moderate Islamic Nations and the Radical Islamic Terrorists, is that the radicals are attempting to spread their demonic faith throughout the world, even if takes violence and force to do so and the moderates are satisfied, but determined to focus on keeping their own nation a PURE ISLAMIC Nation, even if it must also use force and violence to do so (The difference between the moderate and radical is only a matter of geography, not theology and ideology). Make no mistake, both the Moderate and the Radical are violent and deadly when defied!

Islam must not be allowed to spread within our Nation, everything about Islam is in contradiction to our Constitution and values. To be at PEACE with Islam, you must submit to them, or they must be in submission to us, there can be no equality of our Faiths!

I am a Baptist Pastor. [Calling the Church to Revival and Sinners to Salvation for 39 Years]
View all posts by Jack Woodard →
This entry was posted in Uncategorized. Bookmark the permalink.

1 Response to ISLAM, A RELIGION OF PEACE & TOLERANCE?