PREACHERS ARE CALLED TO CLEAN THE SPIDERS FROM THE KING’S PALACE. [Proverbs 30:28] 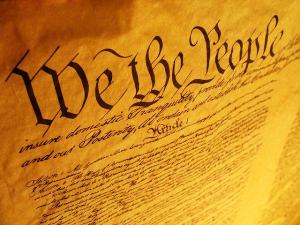 PREACHERS ARE CALLED TO CLEAN THE SPIDERS FROM THE KING’S PALACE. [Proverbs 30:28]

A Baptist pastor friend told me today that a United Methodist Preacher in his town was publicly criticizing him for speaking out against the President and his evils, saying that Romans 13:1 and 1Peter 2 forbids speaking out against a President for any reason. These portions of Scripture are actually telling us that Government is ordained of God and we as Christians are to recognize that and live in subjection to the government of our nation, with the exception of when that government demands of its citizens to do what God has forbidden; like Daniel and his three Hebrew friends and like Peter and John, we must refuse to bow and respectfully obey God rather than man and be willing to possibly suffer at the hands of government for doing so.
The Government that God has ordained and requires us to live in accord with is found in different forms around the world, God has ordained government, but the Scripture doesn’t speak about what form of government any nation is to have, just that it is to be one that itself is subject to God. It seems that the people of any nation may choose their own form of government when they have the freedom to do so.
In America we have chosen our form of government to be a Republic, a Government of the people, by the people, and for the people, with the freedom to be able to choose, change, and even to criticize our leaders and even challenge them when they defy the Word of God and that is in no way disobedience to the teachings of Romans 13:1 or 1Peter 2. We are just exercising the very right our form of Government gives to its citizens. That is in keeping with the very spirit and letter of the Lord’s teaching in Romans 13 and 1Peter 2.
The Bible never gives the President (or any other man) a license to promote evil and to lead a Nation into apostasy, nor is the Christian told to set silent if they attempt do so.
Being a United Methodist I was surprised that he was familiar with the Bible or accepted any of it as the authoritative Word of God, it is certain that he has never read where the Lord sent Moses to confront Egypt’s Pharaoh, or when the Lord sent the Prophet Nathan to rebuke King David for his evils, or when the Lord sent the Prophet Elijah to rebuke King Ahab and First Lady Jezebel for leading his Nation into evil and apostasy, or when Jeremiah confronted and rebuked his King, or when John the Baptist, the man Jesus called the greatest Prophet and man ever born, rebuked King Herod for breaking up his brother’s marriage and the marrying his wife; being the King and using his influence to corrupt his nation made it mandatory that the man of God rebuke him.
No man in any position of authority is given immunity from rebuke when they do evil. The man of God is the one voice that the Lord demands to speak out against evil wherever it rears its ugly head. If the spider builds her web in the King’s palaces (Proverbs 30:28), (the one place on earth where it should be spotless, just as the White House should be the pillar of virtue and morality) it is the Man of God’s job to clean house.
~Jack Woodard

I am a Baptist Pastor. [Calling the Church to Revival and Sinners to Salvation for 42 Years]
View all posts by Jack Woodard →
This entry was posted in AMERICA, Christian Living In Todays World, Comments On Crucial Current Issues, HISTORICAL WRITINGS, PASTORS, PATRIOTS, PRESIDENT, THE BIBLE and tagged politics, religion. Bookmark the permalink.